Fig 1: Students of the Wesley Hall Infants School listening to the presentation by Dr. Anthony Kennedy

The selection of the theme also underlines the adoption of the Gangwon Declaration, by ministers and participants to the High-level Segment of the twelfth meeting of the Conference of the Parties to the Convention on Biological Diversity (CBD). The Gangwon Declaration welcomed the importance given to biodiversity in the outcome document of the Open Working Group on Sustainable Development Goals and called for the further integration and mainstreaming of biodiversity in the Post-2015 Development Agenda.

In the spirit of the theme for the year, activities were chosen to highlight diversity within island’s primary agriculture export, sugar cane, and efforts to improve its contribution to Barbados’ sustainable development.  In addition to this, other agricultural crops that contribute towards Barbados goals of sustainable development were highlighted, along with methods of increasing their productivity.

On each day of tours, students were collected from their schools and transported to the West Indies Central Sugar Cane Breeding Station, where they met with its director, Dr. Anthony Kennedy.  Dr. Kennedy conducted tours of the facility, starting with a brief presentation on the history of the breeding station and its purpose.  It was explained that the Sugar Cane Breeding Station is over 100 years old and was established under the directorship of John Redman Bovell.   He went on to explain that the facility provides its services to a number of countries within the Caribbean, South America, Africa and the Pacific as well as Australia and New Zealand. 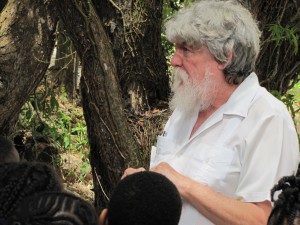 Dr. Kennedy took the opportunity to explain the biology of the sugar cane, which is grown on multiple plantations across the island.  For many of the students it was the first time that they saw Sugar Cane seeds, which is commonly referred to as ‘fuzz’ due to its appearance.  It was explained that while sugar canes in the field are allowed to ‘ratoon’, which is the process by which a new crop will regrow from a previously harvest one, sugar cane could also be grown from these seeds.  This discovered was made in the late 1800s in the island of Barbados.  Prior to this discovered, sugar cane was cultivated from the cuttings of mature plans.

Dr. Kennedy then went on to give the students a very accessible explanation of the basic genetics behind his work.  He explained that the breeding station’s primary purpose was to collect varieties of sugar cane with different characteristics, from all over the world.  The researchers than created new varieties, through breeding, that combined the most desirable traits from different pre-existing varieties.  The students were educated on some of the desirable traits, such as resistance to disease, that would be bred into new varieties and undesirable traits such as susceptibility to drought that they selected against in new generations of sugar cane. 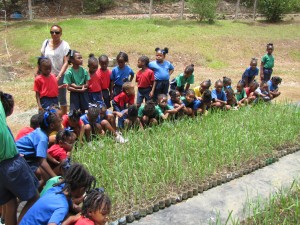 Fig 3: Students and teachers of the Wesley Hall Infant School at the Sugar Cane nursery.

The students were then taken down to the plant nursery where they could observe the thousands of new varieties of sugar cane that had been bred by combining the genes of pre-existing strains.

Next the students were taken to the Soil Conservation Unit, where they were educated on the process of ‘grafting’; whereby different varieties of a single species of plant, or even two species within the same genus, could be combined to create a hybrid crop.  There, Mr. Leslie Skeete of the Soil Conservation Unit went through the process of grafting one locally grown variety of mango onto the root-stock of another.  It was explained that similar to the sugar cane breeding process, grafting is an alternate method of combining the traits from different varieties of the same crop.  Mr. Skeete demonstrated this by grafting the ‘bud-stock’ of a local variety of mango with a highly favorable taste onto the ‘root-stock’ of a variety with a characteristically robust and resistant root system.

Fig 4: Press coverage of the tours to the Soil Conservation Unit to commemorate the International Day for Biological Diveristy.

Students were allowed to observe the entire process from the point of gathering the bud-stock right up to the grafting of this bud-stock onto the root-stock.  Afterwards, they were shown grafted plants in various stages of development and educated on the correct method for carrying for these plans. 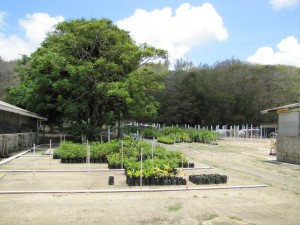 Fig 5: One section of the plant propagation facilities of the Soil Conservation Area.

The students were next given a tour of the Soil Conservation Unit’s own nursery, where they were introduced to various other crops grown on the compound.

Upon completion of the tours, the students were taken to Farley Hill National Park for lunch and were allowed to enjoy the facility under the supervision of their teachers.